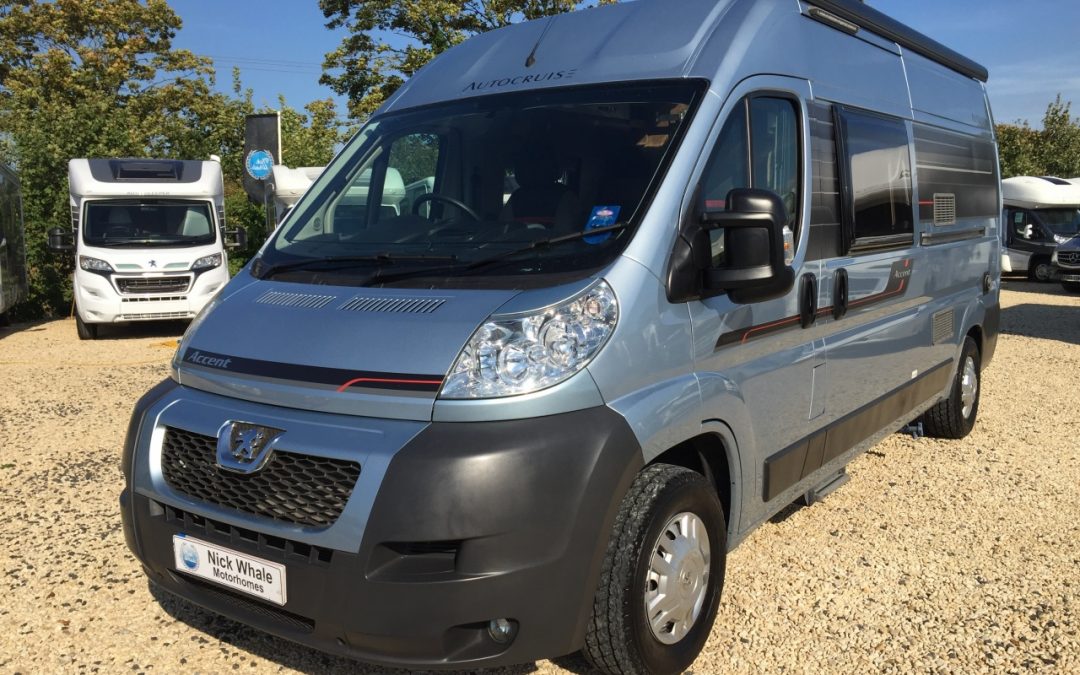 We’re really excited about the arrival of our Camper Van in October. It took many weeks of research and viewings to find the van that we have eventually bought. Initially, I really hoped to have bought an old VW split screen or T2, but (as I’m no mechanic) we felt that reliability was going to be very important in our future travels – especially if we are able to travel around Europe (we really didn’t fancy being stuck on the side of the road in Sicily). So then we turned our attention a much newer model like a VW T5 or T6 (our friends Guy & Debs have got a lovely black one of these). However, we found that the cost of getting a low-mileage example with all the things we wanted built-in was going to be more than we could afford (I’m cashing in part of my pension to buy this).

Briefly we looked a models with higher mileages but more affordable prices. We rented one and went to Wooolacombe for the night. On the way there though, Bowie chewed a chunk out of the worktop. When we looked at the damage, we realised that the furniture supplied by the company we were looking to purchase from, was not of the highest quality and it rather put us off (plus they charged us quite a lot for the dog damage). We then considered having a van built for us, but we found that our budget wouldn’t allow us to have all the features we realised we wanted.

Also, on our trip to Woolacombe, our friends Kev and Lynne showed us round their van and we saw how well-built and roomy it was compared to the smaller VW T6. They also had a toilet/shower room. At first we thought we wouldn’t need this, but as time went on we began to realise that even though we are likely to be on campsites every night, it would be nice to know that we could be off-grid if necessary. Once we accepted this, we started looking at motorhomes.

Compared to the T6, the motorhomes (with fixed beds, washrooms, televisions, sofas etc) seemed perfect – but they were so big. We began to think about those narrow lanes in Cornwall & Devon. Then we looked at the Van Conversions (as we now know they are called). These are mainly based on the Fiat Ducato and Peugeot Boxer. We’ve also seen them based on Mercedes Sprinter and VW Crafter. The Sprinter and Crafter are often used by bikers and cyclists as they allow for a large garage area at the back with the bed above. This is great but we don’t really need a large garage area. That left the Ducato or Boxer option. We looked on eBay and found a few in our price range, but having made terrible mistakes with vehicles in the past (we once bought a written-off Land Rover Discovery without realising) we wanted to buy from a dealer with some after-sales facilities. We found Nick Whale Motorhomes based near Evesham which is not too far from us, visited and, after looking at a lot of their used vans, found the Autotrail Accent (based on a Boxer) and decided it had nearly all the features we wanted (low mileage, heater, 2 captains seats, bed that could be fixed, washroom, grill, two further passenger seats, bike rack, air con etc.) It doesn’t have a solar panel, so we are having one fitted – or satnav, so we’ll have to either use our phones or good old maps! We went back again and had a good look at it, and questioned Woody – the helpful sales manager. We decided to put down a deposit. The handover is set for mid-October.

Until we’ve used it a few times we can’t really say whether it’s the ideal vehicle for us. My friend Kev seems to think it looks good. He’s very sensible, so I’m pleased he thinks it’s alright. We’ll come back this subject after we’ve done some trips. Watch this space! 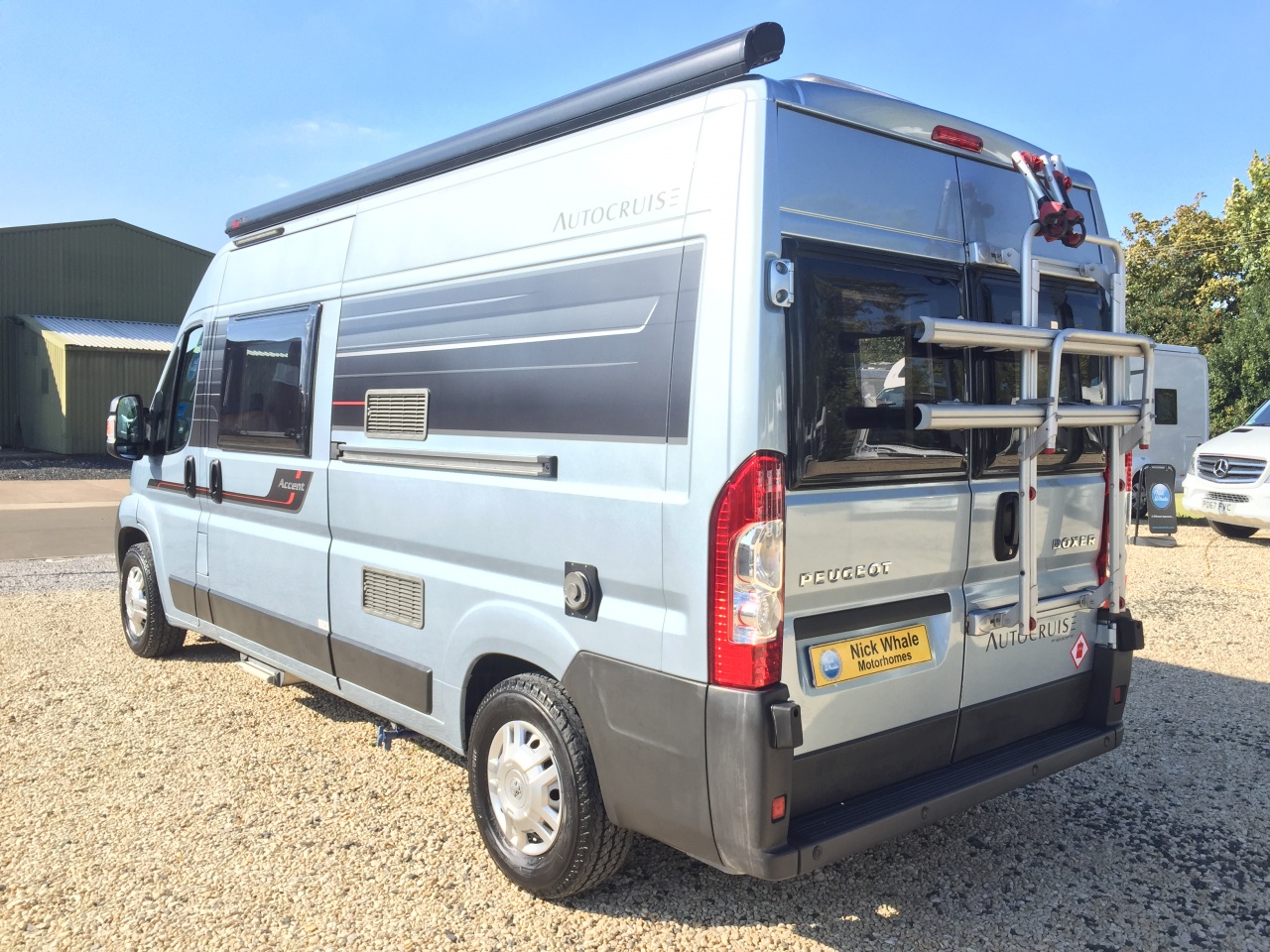 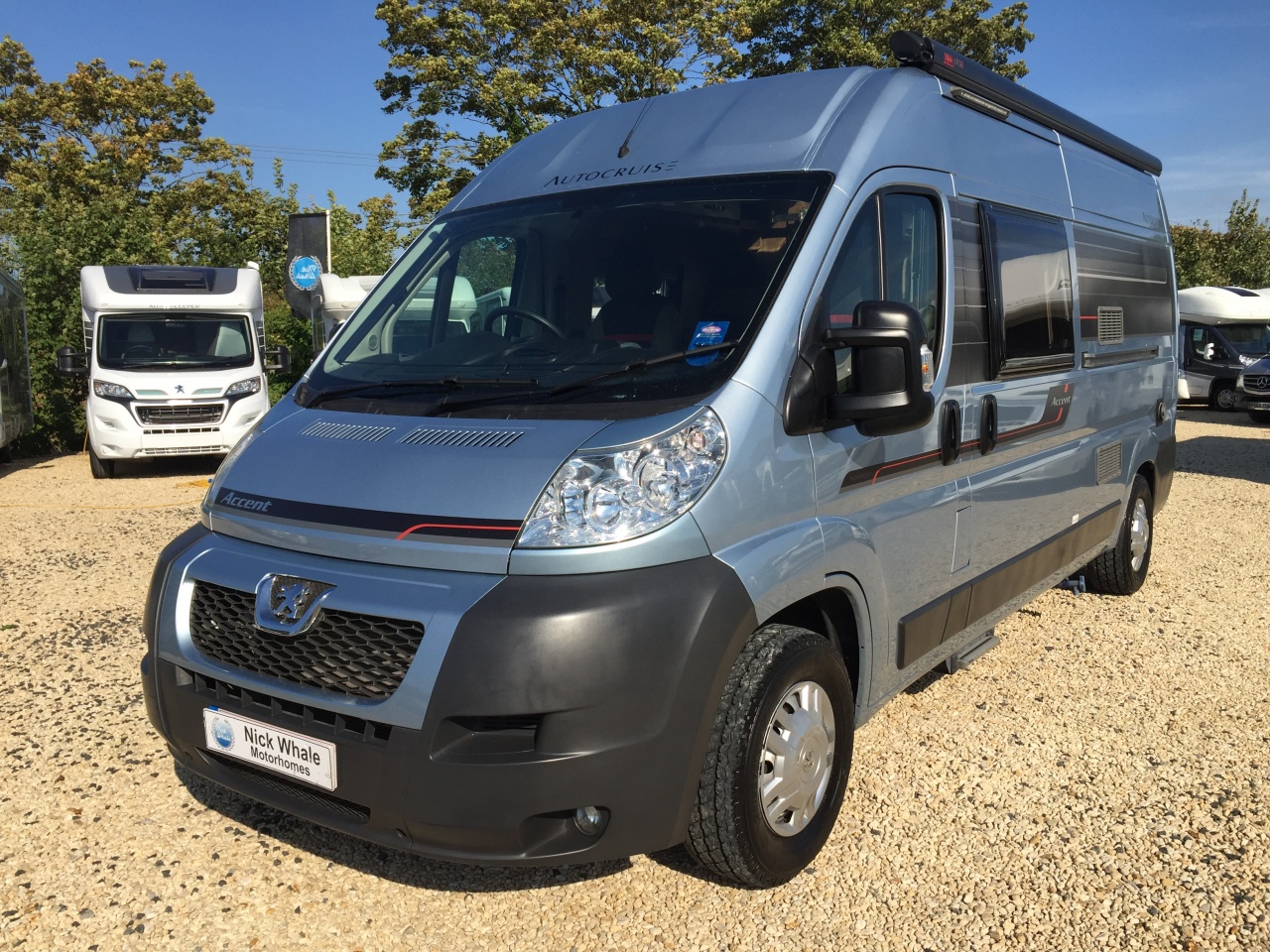 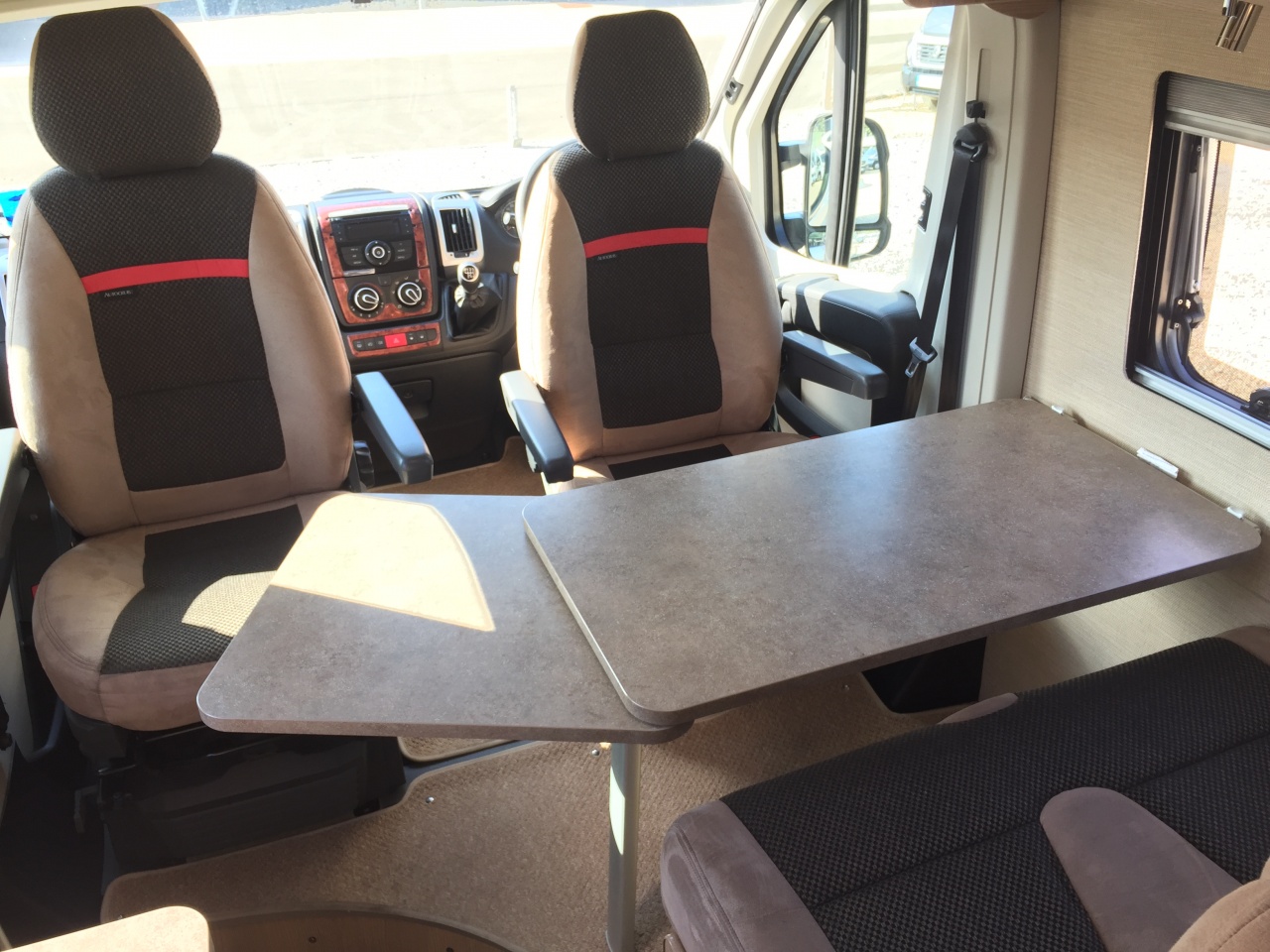 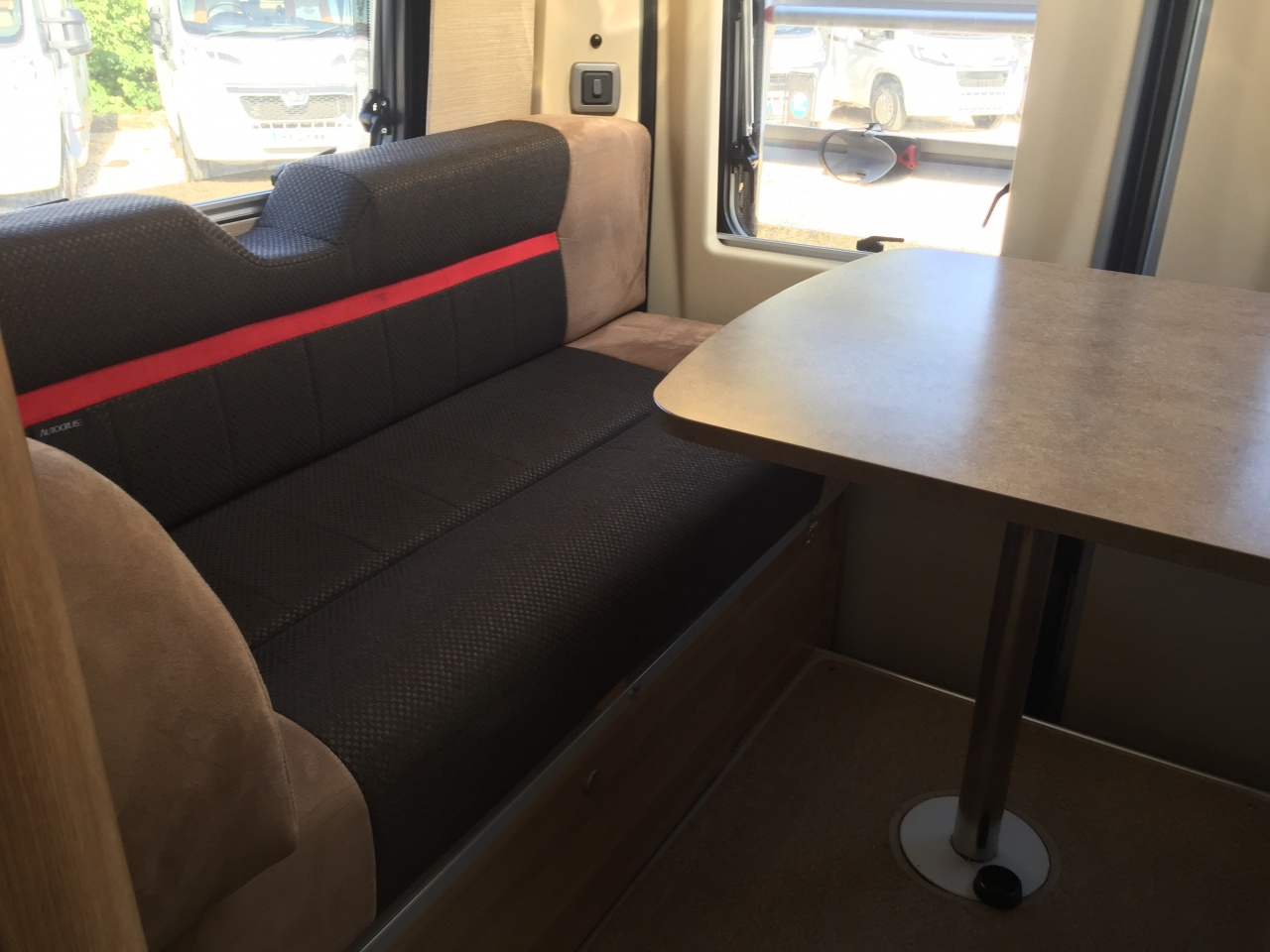 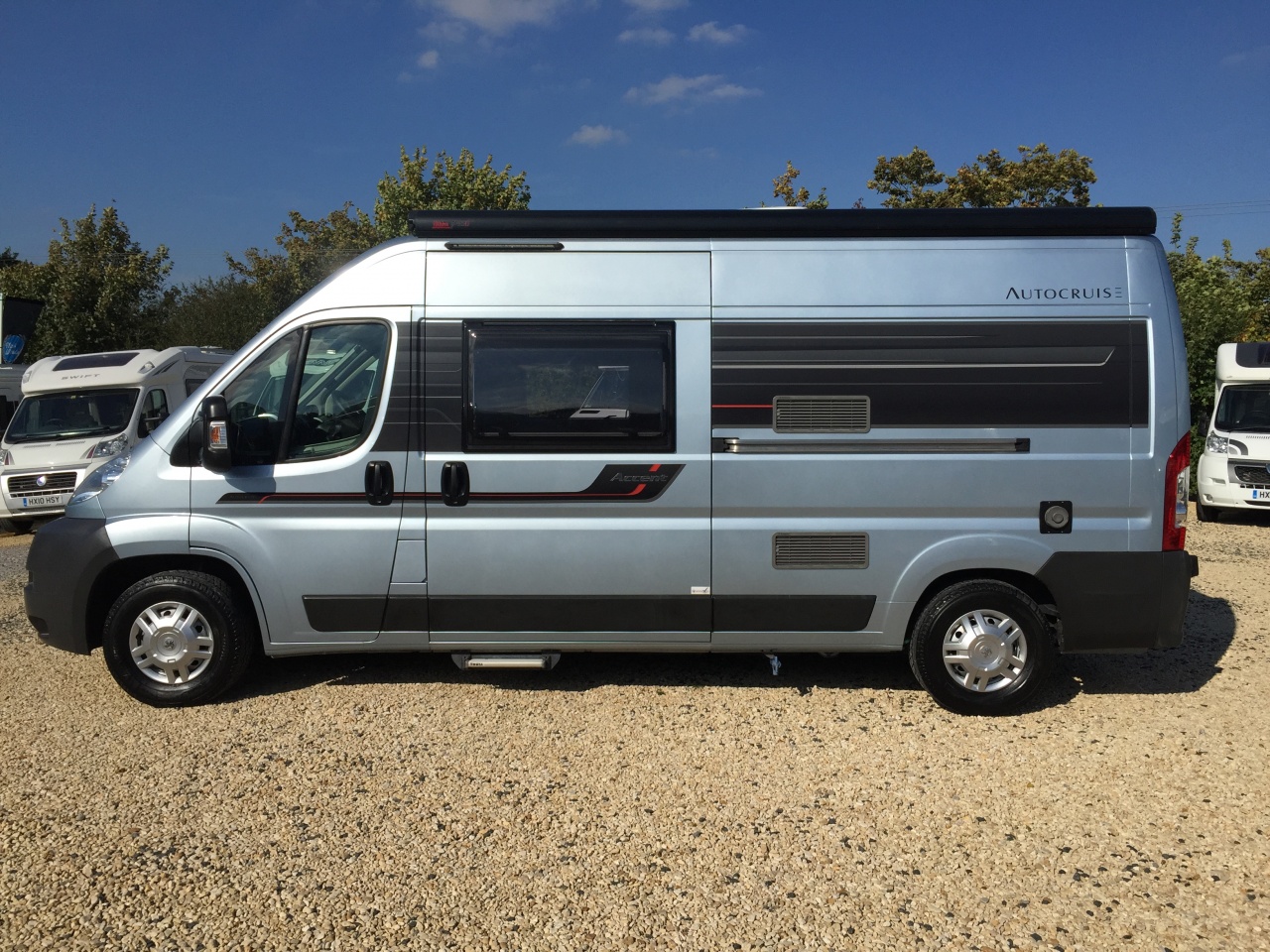