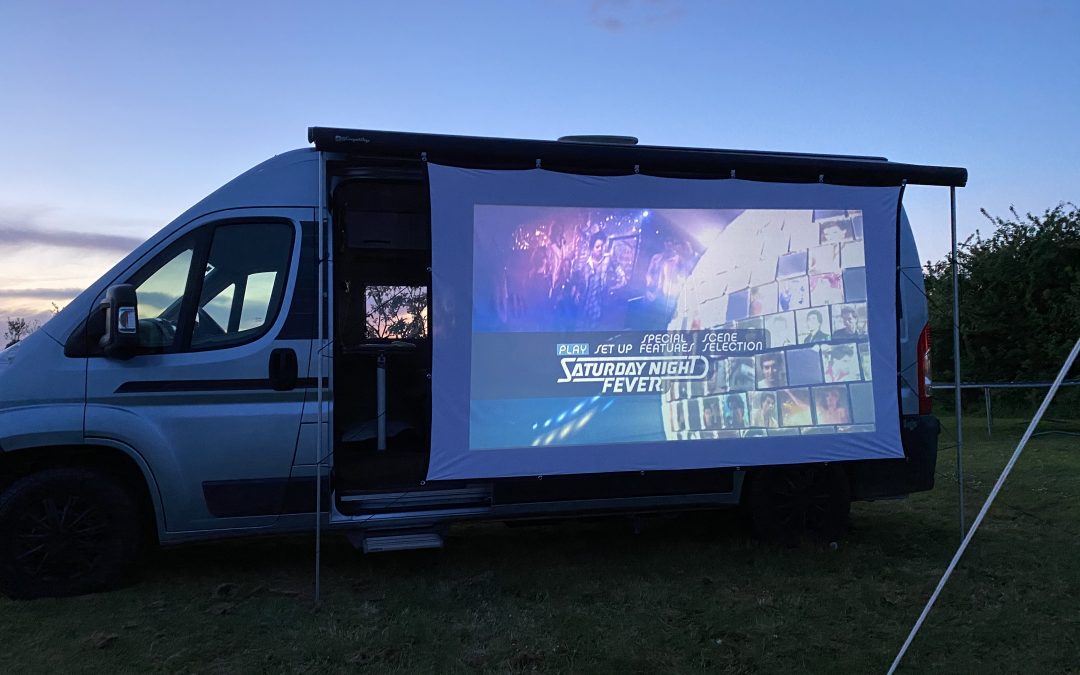 We’ve found another use for our campervan (while we’re in lockdown). We’re using it to host a cinema screen.

It’s our youngest daughter’s 21st birthday soon. She’s in the last few weeks of her Degree in Film. So we thought it might be nice to have a small party and to show a film of her choice on her birthday. We’re not sure if we can invite her friends so we thought a kind of drive-in movie might work.

We ordered a screen and a second-hand projector. When we had everything we needed we tried setting it all up. The screen came with some stick-on hooks. We attached some to the awning. We then extended the awning and used the ties to fix the screen to the awning supports. We placed the projector under a gazebo to protect it. We planned to show a film that evening. However, in the afternoon there was a sudden huge gust of wind which blew the gazebo across the garden and made the awning (with the attached screen) billow out like a sail. Luckily we were in the garden when it happened, so we were able to grab the awning before any damage was done.

The gazebo was severely damaged but we were able to repair it using the frame from a previously damaged gazebo. The wind calmed down. So we set everything up again. We wound the awning back in towards the van so there was much less awning out – and therefore less for the wind to catch.

As it was Saturday night we showed Saturday Night Fever on the big screen. We ran the sound through some computer speakers. For the birthday, we’ll need to make the sound louder – but for just 5 of us, it was fine. Chilly but fine! 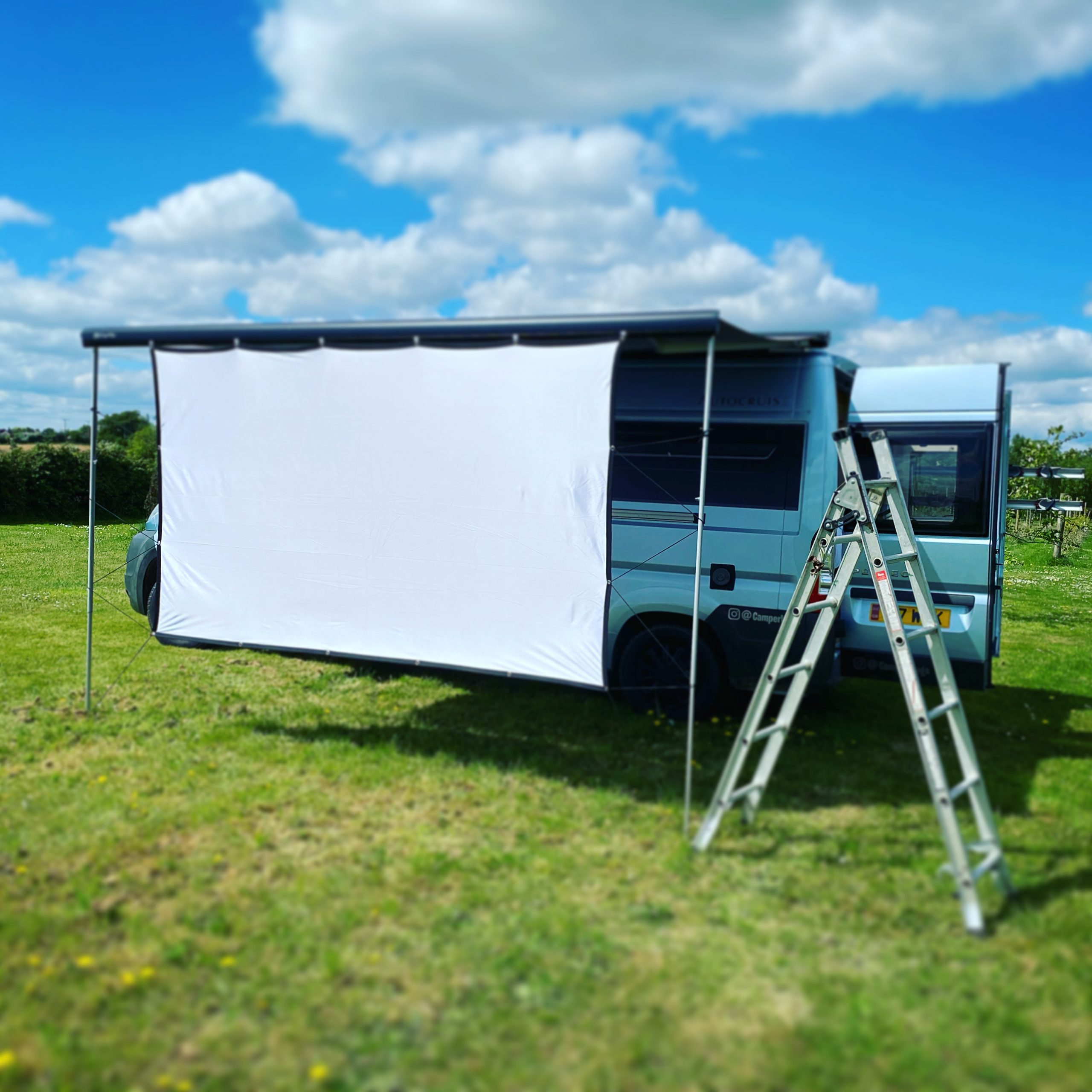 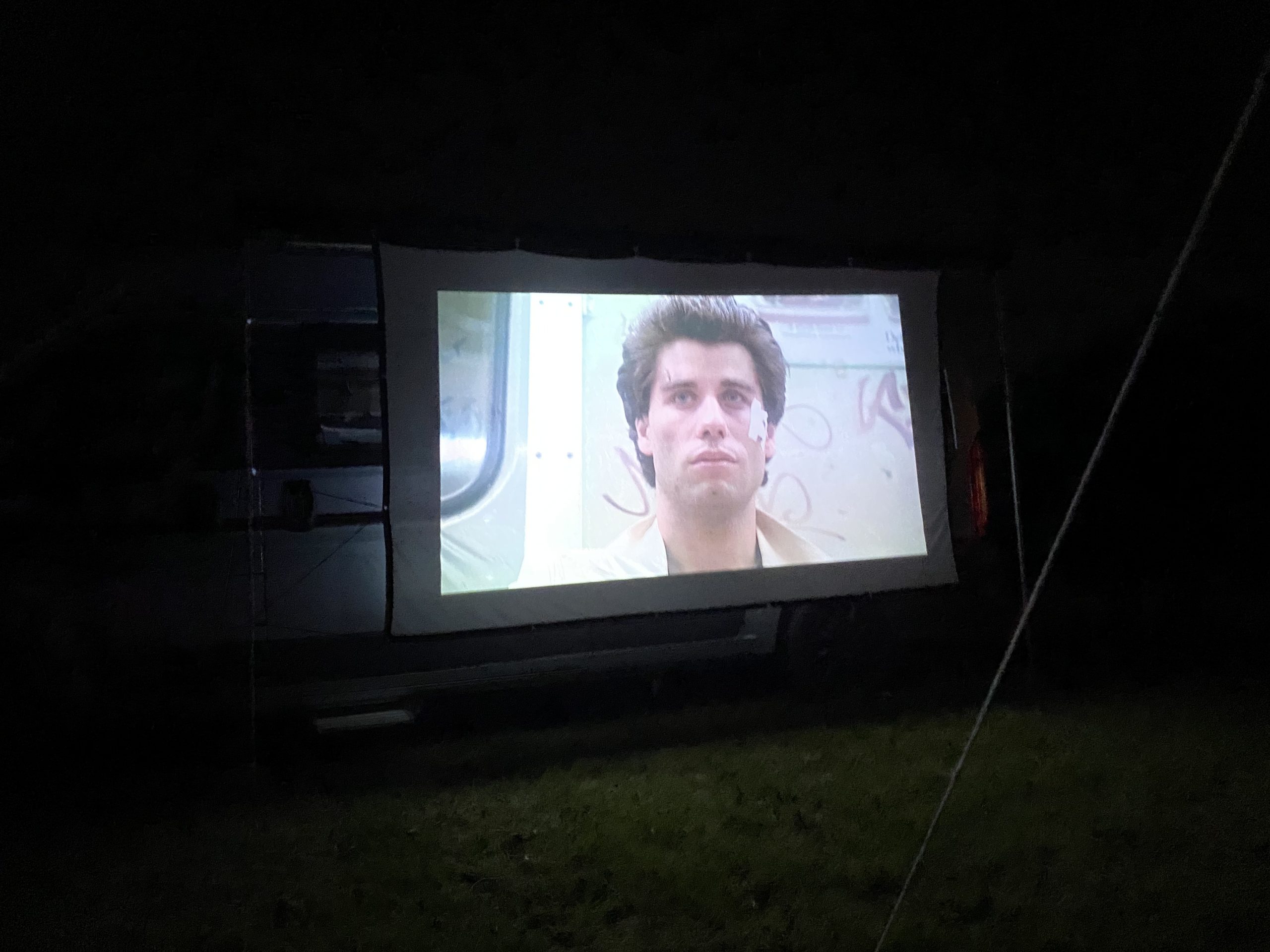 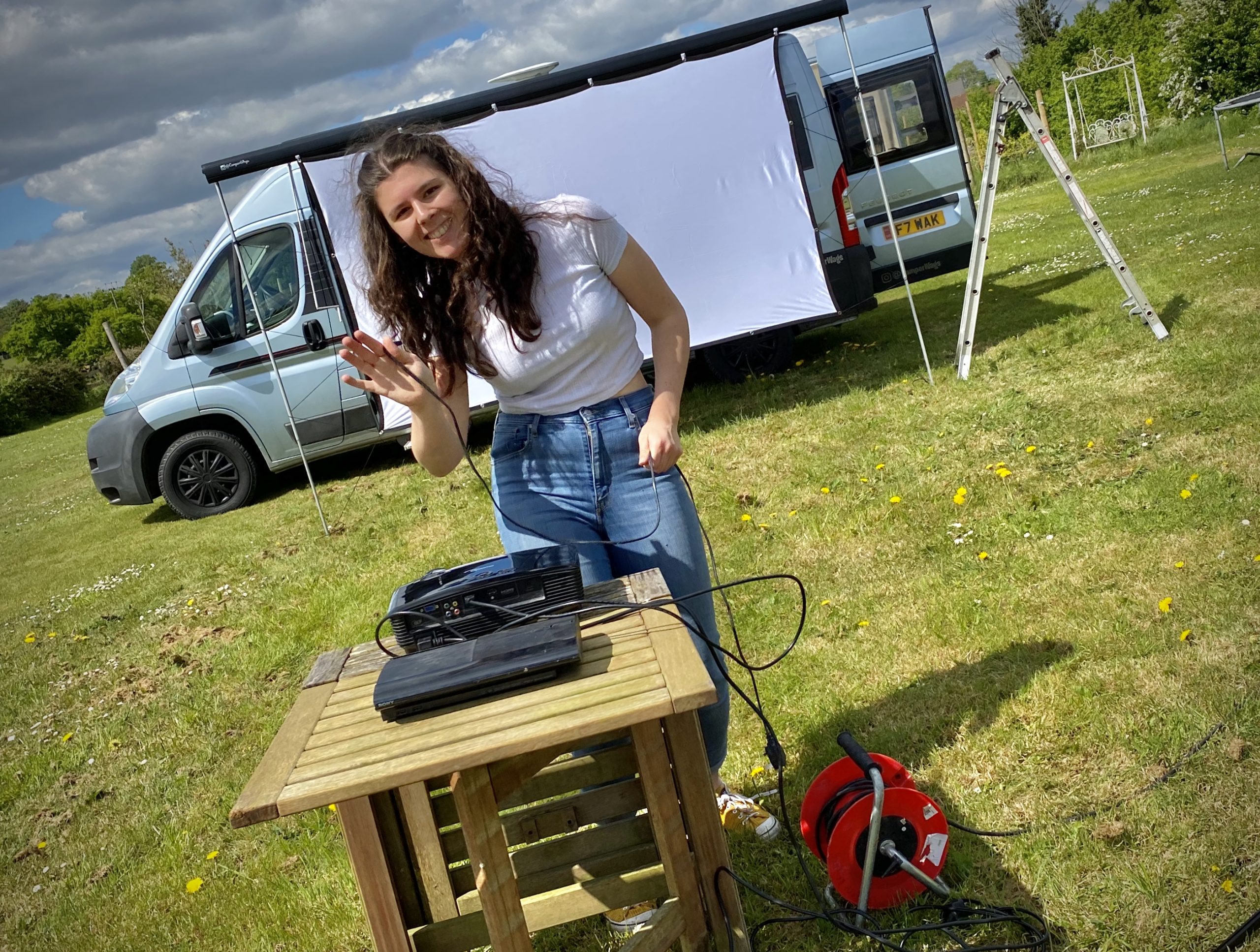 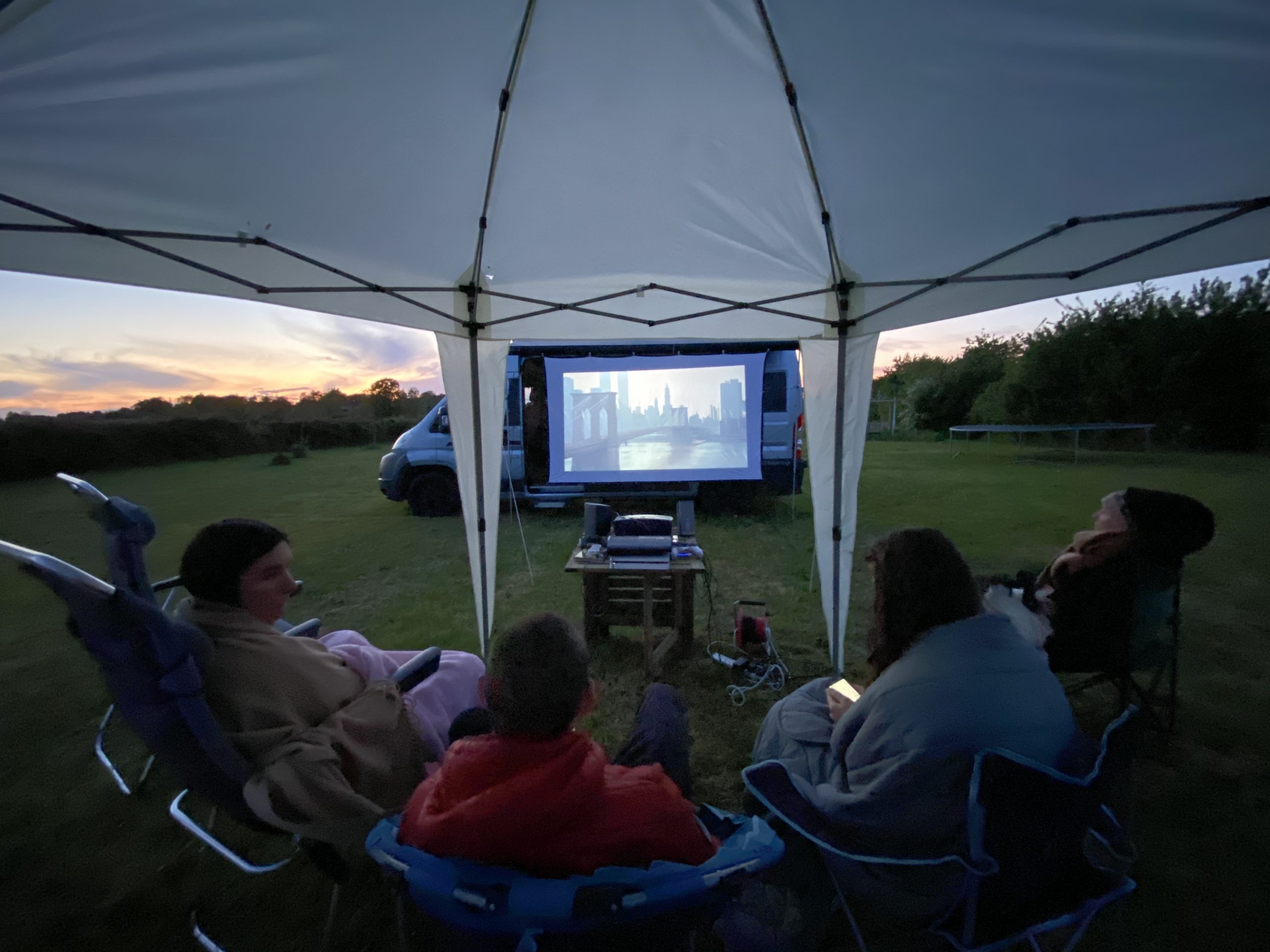 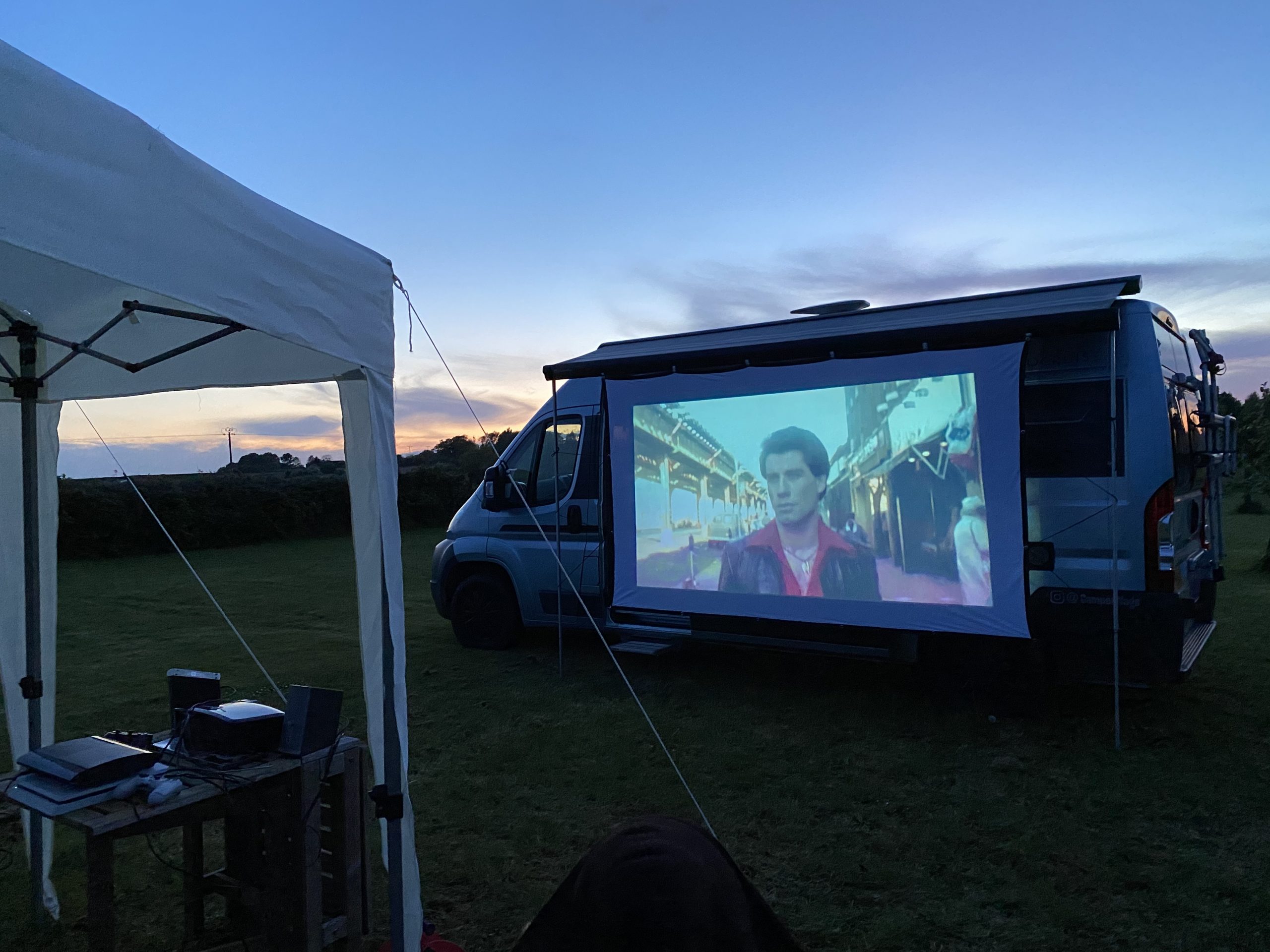 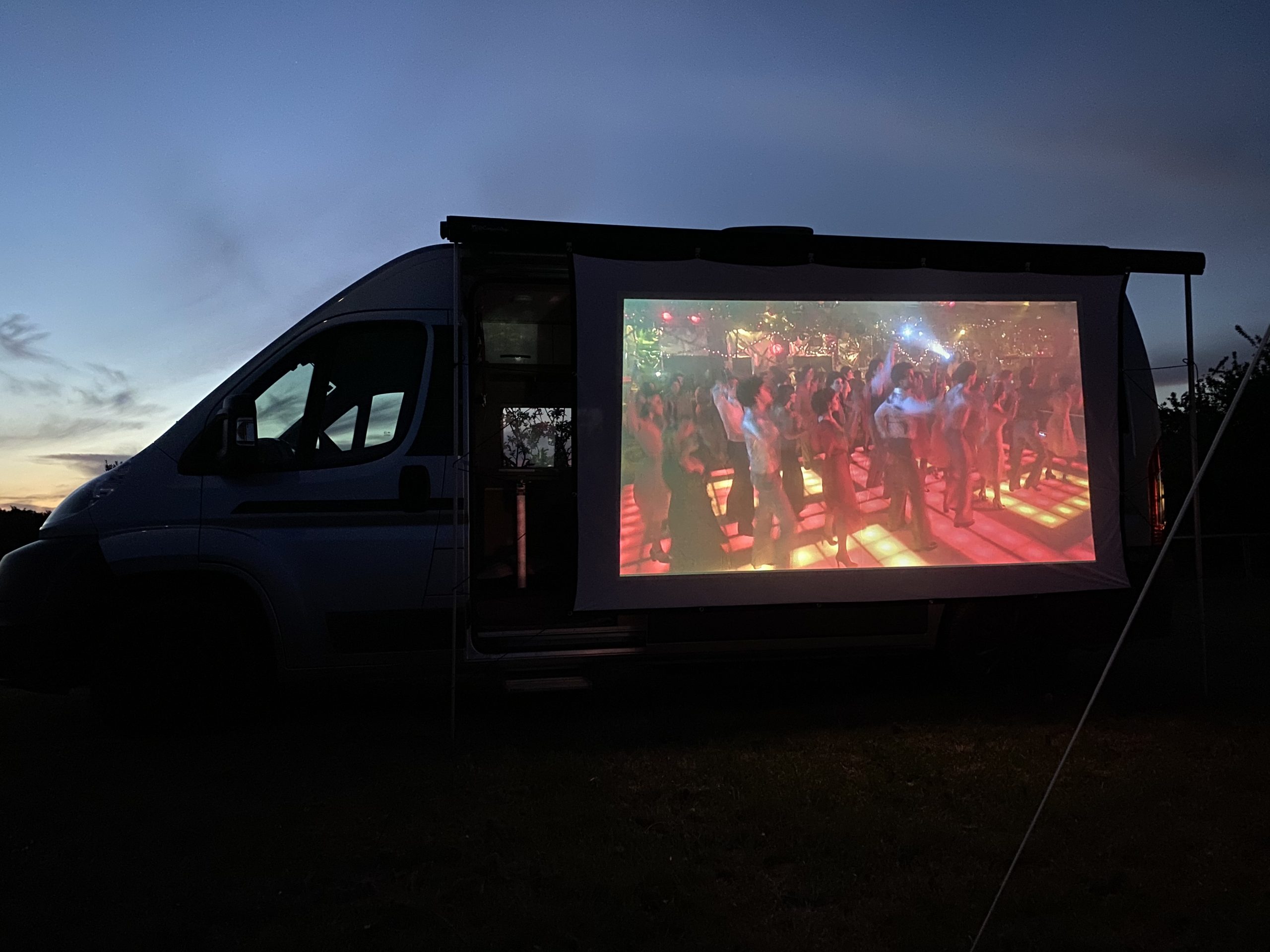