Mice in the Van 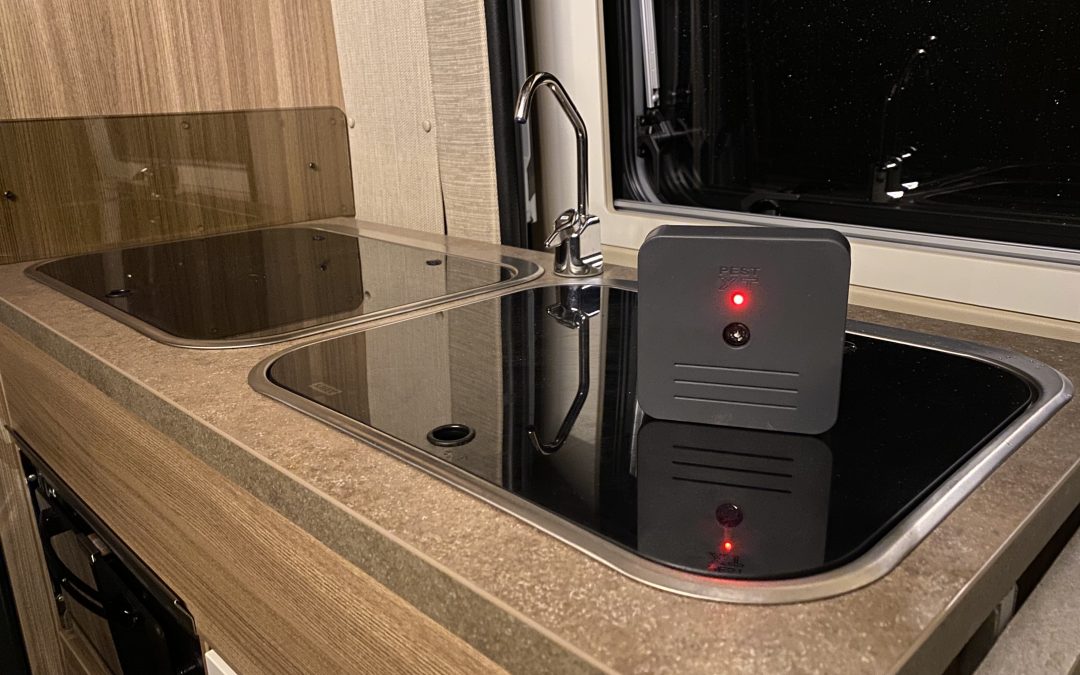 Yes, we’ve been invaded. By mice.

It’s about 10.30pm on New Year’s Eve. In Pembrokeshire, Wales. On a campsite. We’ve just woken up (after inadvertently falling asleep waiting for New Year’s Eve to happen) and I realised that we’d forgotten to feed the dog. So I reached up into the storage bit above the driving seats and found lots of fluffy bits of material. I reached for the torch. It looked like someone had put the dogs towel in a blender. Lots of bits of fluff and what looked like ripped paper. I pulled out the dogs towel. Lots of holes. Then I pulled out the dog food… Inside the clear bag, I could see quite a lot of the towel now residing in the corner of the dog food bag. I suppose it could have been worse. The mouse might have been living in our shoes, or our clothes…

Anyway, I grabbed everything that looked like it had been damaged by (what we assumed to be – and turned out to be) the mouse and threw it out of the van. At that precise moment, the owner of the campsite walked past, with a bunch of other people and advised us that  they were about to light bonfires and let off fireworks (and have some loud music) down on the beach. I think he wanted to warn us in case we were disturbed by the noise. But we thought it was great and got ourselves ready to join them. But before we did, we took all of the damaged stuff, the towel etc. and the bag of dog food (which we hoped still contained the mouse) and put it in the main bin on the campsite.

The next day, we cleaned up as best we could and after breakfast and a walk along the cliff path, we made our way home. When we got back to Worcester we stripped and cleaned the van, sterilising everything, throwing away more damaged stuff, vacuuming the various cupboards where we could see the mouse had been. And, having had no success with humane mousetraps that mice just ignored when we’d tried them in the house, we set up a vicious-looking rat-trap with cheese and peanut butter, in case there was still a mouse on board. As I don’t really like the idea of killing any creature just because it’s a bit inconvenient, I really hoped that we’d already got rid of the mouse.

However, in the morning the cheese and peanut butter had been eaten – but no dead mouse. It was still at large. So we added more peanut butter. The next day – we found the trap had caught (and killed) the mouse. Hoping that was it, we re-set the trap just in case there was another mouse. The next day, we opened the van – and there was another one, dead. Ugh. So we moved the poor thing’s body out and set the trap again. The next day – another one. Horrible. So I ordered an ultrasonic repellent device (pictured above). We placed this in the van today. And re-set the trap. And cleaned the van again. I’m really hoping that the ultrasonic thing works and the mice have all gone. We’ll see.