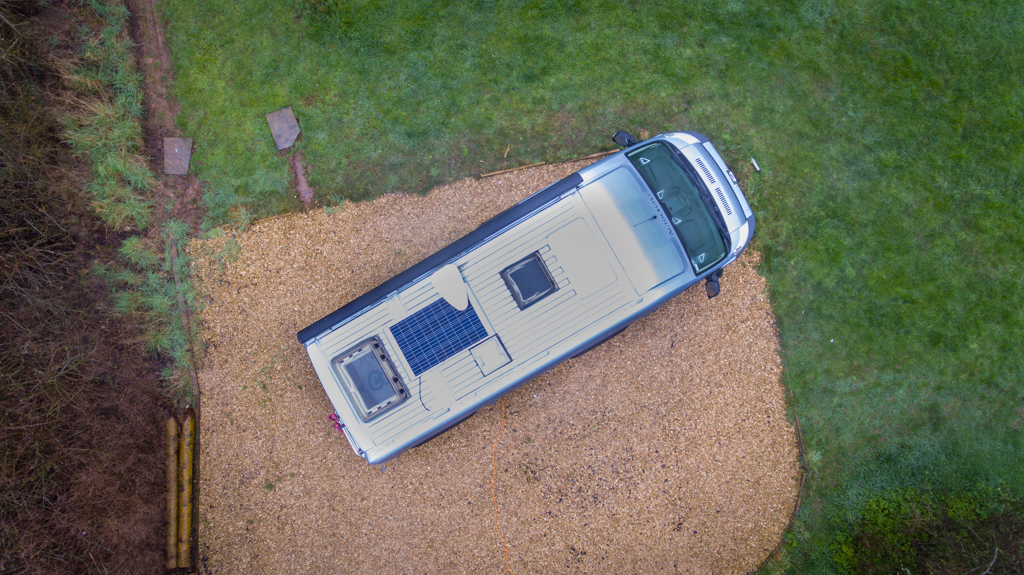 When we bought our Campervan, I was keen that (should it be necessary, or desirable) that we could live ‘off-grid’ for a few days at least. So we had a solar panel fitted. Just a few weeks after taking delivery, the main van battery (as opposed to the rear leisure battery) was completely flat. I was under the impression that having the solar panel would keep the batteries topped up. The dealer who sold us the campervan suggested that, as it was October/November time, there was very little sun, so the solar panel wouldn’t have much effect… I was disappointed. However, having tried to charge up the battery using a battery charger, it became apparent that the battery itself was a goner. So the dealer supplied a replacement. Since then, the batteries have maintained a level of charge. So, when the sun is out, I’m hoping that the solar panel will step up and charge everything up properly. We’ll have to wait and see,

Anyway, I realised the other day, that, having paid for the addition of the solar panel, I hadn’t actually seen it! I had just assumed it was there. (It’s because the van is much taller than I am – and I can’t see onto the roof). There’s no ladder to get up and have a look, so I sent up the drone. I now realise I need to adjust the direction of the aerial (as it is partially obscuring the panel). So I’m glad I had a look! 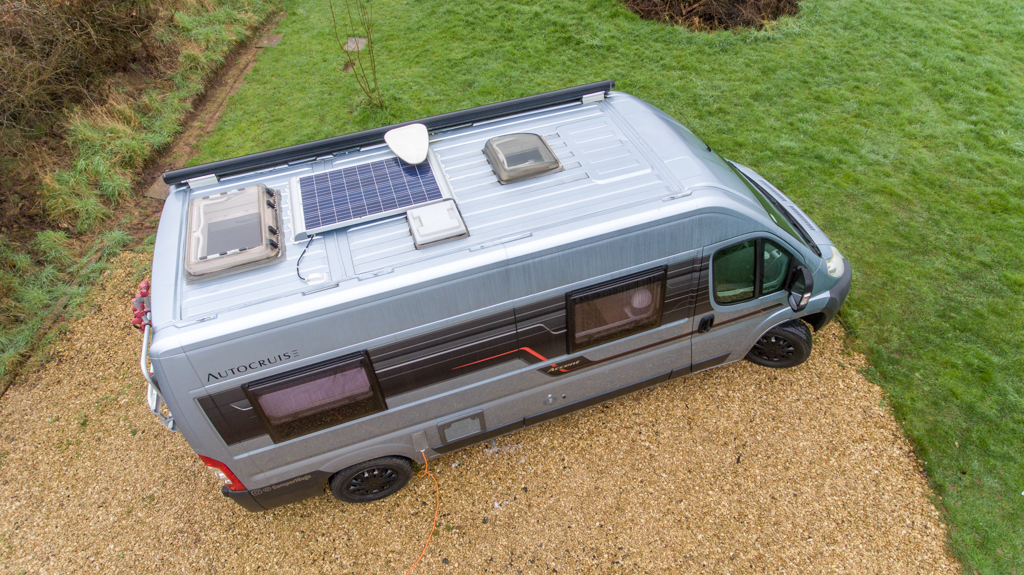 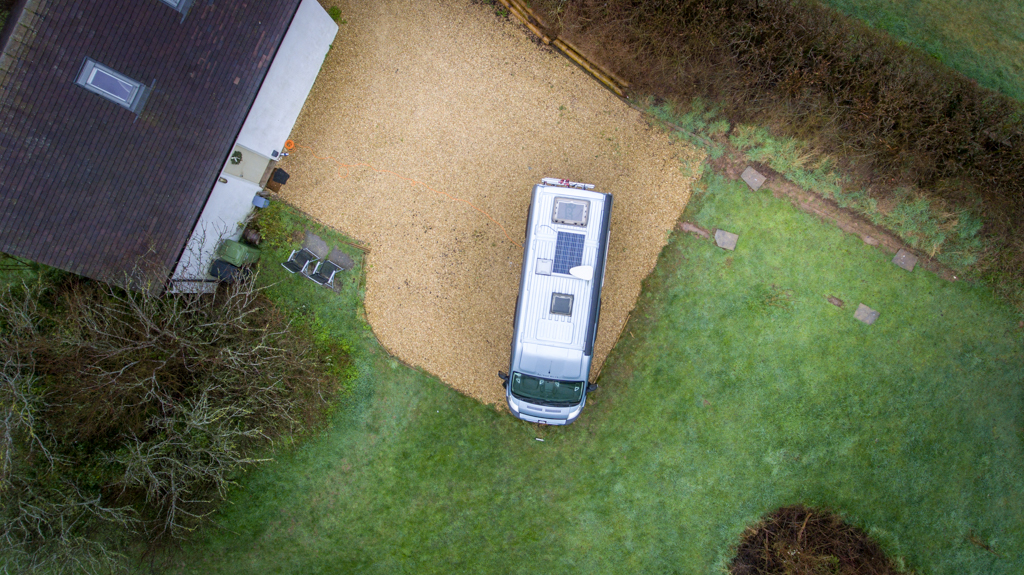